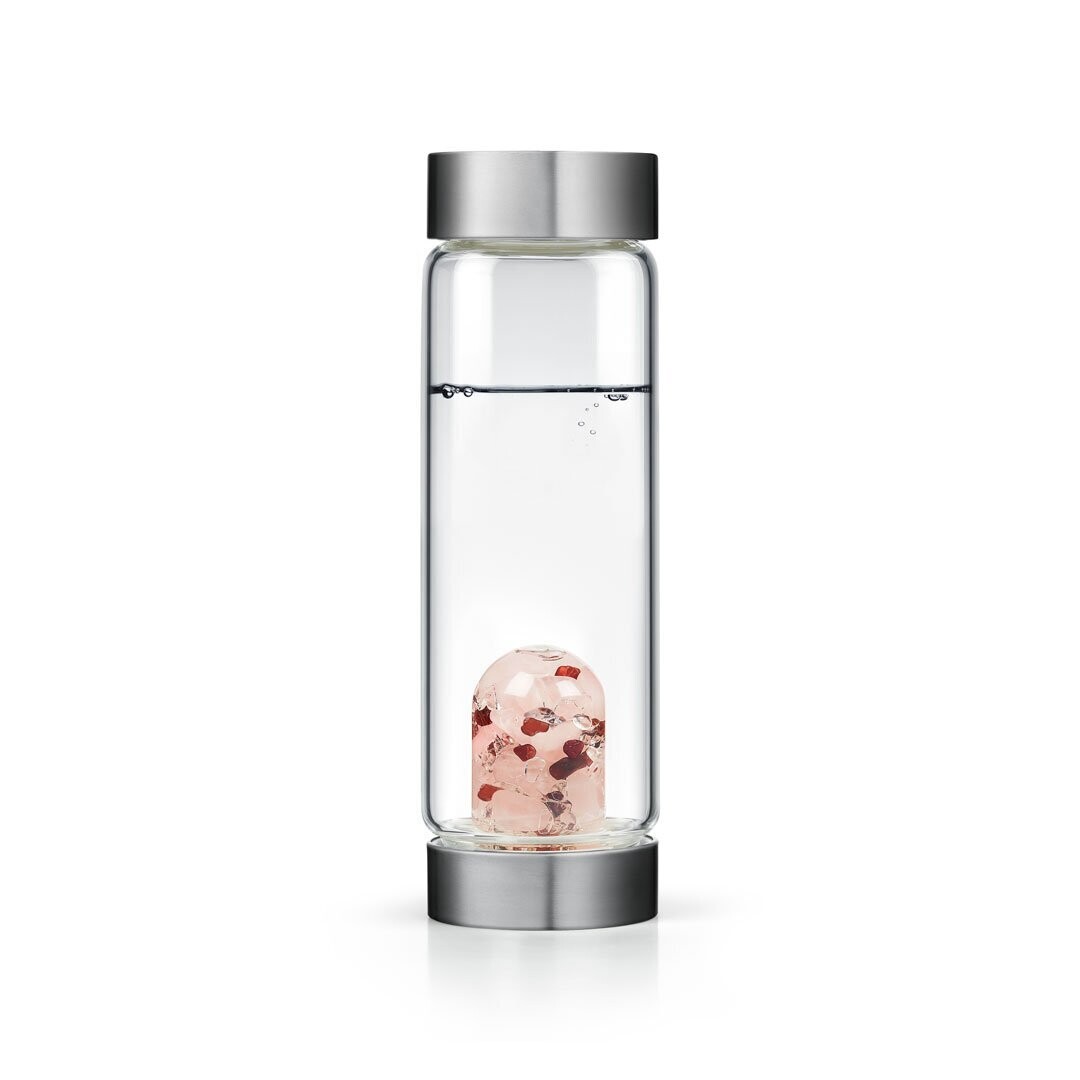 Gem-Water has given their original Love blend a boost with the introduction of garnet and clear quartz. If you're a deeply romantic soul looking to inspire love, and deepen devotion, this latest incarnation of our Love gem-water blend awaits...

In the healing arts rose quartz is widely known as the quintessential stone of love, tenderness and sensuality. Red garnet is said to particularly stimulate the kundalini energy and aids intimacy, stimulating from both the base and crown chakras while distributing the appropriate amount of energy to each portion of the body.

The use of gems to vitalize water is a traditional art dating from ancient Greece and practiced for millennia. Recently, this age old tradition has been rediscovered and tailored for the modern world.

For years Ewald Eisen, inventor of VitaJuwel, placed gemstones directly in his drinking water, but was annoyed by the crystals dulling over time. After sleepless nights, dozens of drawings and numerous meetings with Bohemian glass craftsmen, in 2007 a new invention was born - the VitaJuwel vial.

Gemstones have the unique ability to store energy. It’s a property that makes quartz watches work, for example! Each type of gem, by nature, has a unique energetic charge. The gems inside VitaJuwel vials transfer their energy to the water that surrounds the vial improving the water’s vitalization level.

Save this product for later
Display prices in: USD